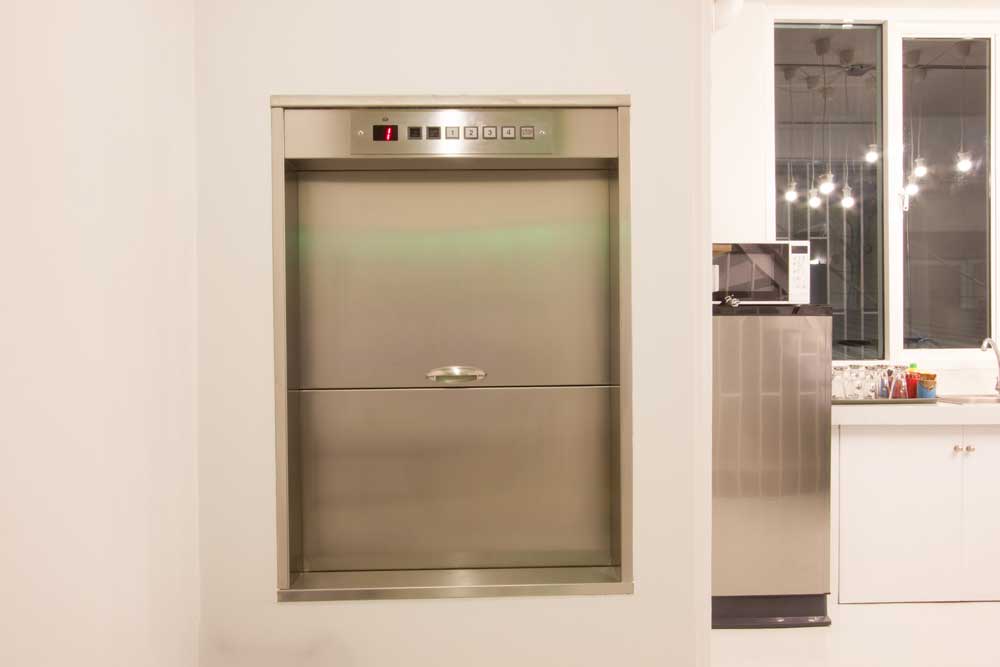 The elevators are considered to be of the size of elevators which in turn prevent the movement of food inside or the fall of liquids from them and at a speed of 0.4 meters per second, and a load of up to 100 kg, as it is considered elevators designed initially for administrative works, companies and offices, but over time it evolved to become used in the processing and transfer of food and beverages to floors in restaurants called dumbwaiter, and became used in private houses also, where it contains internal shelves designed by the user’s desire.